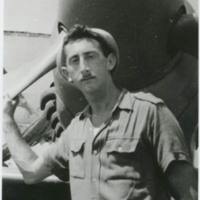 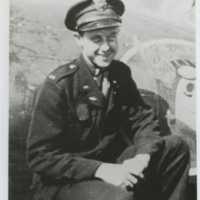 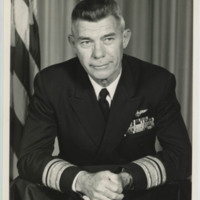 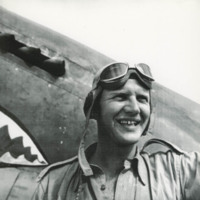 The American Fighter Aces Association (AFAA) Oral Interviews consists of oral histories with approximately one hundred twenty-two (122) fighter aces, along with a few non-aces such as historians and military commanders. Most of the interviews focus on the interviewees' military service during either World War I or World War II, but a few also discuss their involvement in the Korean War and the Vietnam War. Military training and personal background are also discussed.

The collection also contains several recorded events connected to fighter pilots, such as reunions and goodwill meetings, plus some radio commercials for the Champlin Fighter Museum. The interviews, events, and commercials are recorded on a total of one hundred forty-three (143) audio reels, ninety-four (94) audiocassettes, four (4) microcassettes, and two (2) data cartridges.

Please note that some of the interviews contain offensive comments, such as racial slurs or impersonations, and graphic descriptions of wartime violence.

The Museum of Flight Oral History Collection chronicles the personal stories of individuals in the fields of aviation and aerospace, from pilots and engineers to executives. This collection, which dates from 2013 to present, consists of digital video recordings and transcripts, which illustrate these individuals’ experiences, relationship with aviation, and advice for those interested in the field. By the end of 2019, approximately 76 interviews will have had been conducted. The interviews range in length from approximately 20 minutes to 4 hours and 45 minutes. Most interviews are completed in one session, but some participants were interviewed over multiple occasions.

The personal stories in this collection span much of the modern history of flight, from the Golden Age of Aviation in the 1930s, to the evolution of jet aircraft in the mid-twentieth century, to the ongoing developments of the Space Age. The selected interviewees represent a wide range of career paths and a diverse cross-section of professionals, each of whom made significant contributions to their field. Among the many interviewees are Calvin Kam, a United States Army veteran who served as a helicopter pilot during the Vietnam War; Robert “Bob” Alexander, a mechanical engineer who helped design the Hubble Telescope; and Betty Riley Stockard, a flight attendant during the 1940s who once acted as a secret parcel carrier during World War II.