The William S. Luckey Aviation Collection consists of visual and textual materials that document Luckey's short career as an aviator for the Curtiss Flying Team from 1913-1915, and also includes materials related to his wife, Laura Luckey.

Photographic materials make up the bulk of the collection, with a total of 286 prints, 10 negatives, and 5 photomechanical postcards. They primarily consist of black-and-white snapshots 5x7" and smaller, though some prints up to 8x10" are present. The majority of the photographs depict the various flying exhibitions that Luckey participated in, such as ones in Charleston, South Carolina, various sites in New York State, and in Kingston, Ontario, Canada. Luckey's award-winning race around Manhattan is represented in a few prints along with a few images of his trophy. The bulk of the photos of aviation exhibitions are unidentified and undated, but images with a given location and date were placed in chronological order followed by the unidentified events. Among the pictures are a few other identified people including Glenn H. Curtiss, Lincoln Beachy, Henry Robinson, and Henry Ford. A photograph album is also present in the collection with additional images of aviation events as well as portraits of Luckey. The images in the album sometimes duplicate or provide additional images of some of the events depicted among the loose prints. Prints were removed from the album for preservation purposes but maintained in original order. In addition to the photos of aviation events, several formal studio portraits of Luckey are present. Several images also depict Luckey's wife Laura, sometimes as a spectator at the exhibitions but some showing her behind the wheel of an aircraft, and some in casual scenes with family and friends.

In addition to the photographs, the collection includes some textual materials related to Luckey's aviation career as well as personal life. Among these are a blank betting book; a Curtiss Aeroplanes Catalogue from 1912-1913; approximately 50 newspaper clippings of articles describing Luckey's flights; contracts for exhibitions at Renfrew, Ontario, Canada and Oakland, Maryland; some flyers promoting his services and broadsides advertising Luckey at events in Isle of Palms (South Carolina), Big Stone Gap (Virginia), and Walkerton (state unknown). Documents acquired by Luckey's wife Laura after his death related to his birth and military service are also present along with items related to their marriage and other personal documents of Laura's.

Digitized Materials: A selection of visual and textual materials have been digitized from this collection.

Permission to publish material from the William S. Luckey Aviation Collection must be obtained from The Museum of Flight Archives. 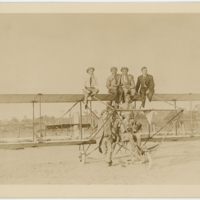 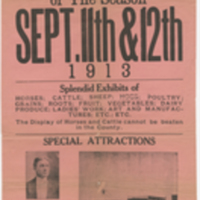 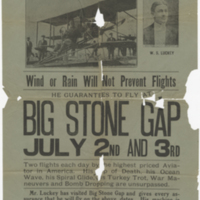 Broadside advertisement for William S. Luckey's exhibition flight at Big Stone Gap, Virginia, circa 1913-1915. Features a portrait of Luckey and an image of Luckey with a Curtiss seaplane. 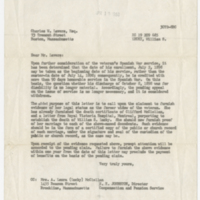 Letter to Charles W. Lavers from E. E. Johnston, Director, Compensation and Pension Service, April 19, 1958. States that William S. Luckey has been credited with more than 90 days honorable service in the Spanish War and requests that Luckey's widow,… 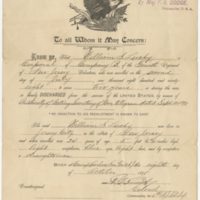 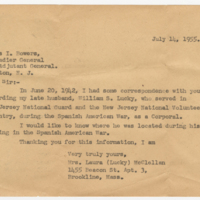 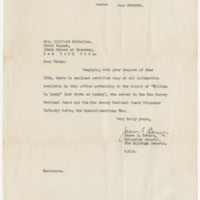 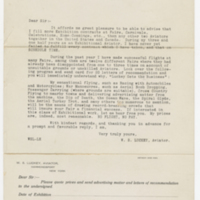 "Luckey" is my name! 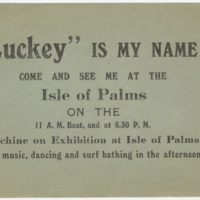 Advertisement card for William S. Luckey's exhibition flight at the Isle of Palms, South Carolina, circa 1913-1915. 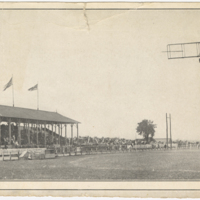 Advertisement postcard for exhibition aviator William S. Luckey, circa 1913-1915. The front features a photomechanical print of a Curtiss aircraft, likely piloted by Luckey, in flight over a racetrack. The verso contains information about Luckey's…
View all 271 items