The Robert L. Baseler Fighter Ace Collection documents the fighter pilot career of Fighter Ace Robert L. Baseler. This collection, which dates from 1939 to 1982, consists of official military certificates and photographs, flight logs, digital photographs regarding plane restoration, and booklets all relating to Baseler’s time as a fighter pilot during World War II. The items are organized chronologically by creation date.

The 20 photographic prints in the collection feature formal group portraits of Baseler’s squadron, images of planes in flight, portraits of Baseler, and photographs of Baseler's planes, The Wee Stud and The Big Stud, both in flight and on the ground. The photographs are primarily professionally taken, black-and-white images but there are a few snapshots and one color photo of an older Baseler posing with the restored Big Stud. Most of the photographs are annotated with where the picture was taken and who is featured, though many are not dated. The photographs range in size from 4x6" to 14x23". Additionally, there are four CDs containing digital photographs. Two disks contain scans of photos from the 1982 restoration of Big Stud, and two disks contain scans of photos of the 325th Fighter Group's time in Africa and Italy during World War II.

An issue of Air Progress magazine from June 1982 features an ad for a “Big Stud” model kit on page 37.

Permission to publish material from the Robert L. Baseler Fighter Ace Collection must be obtained from The Museum of Flight Archives. 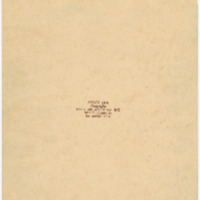 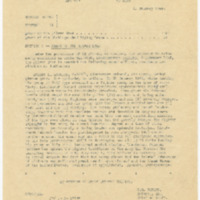 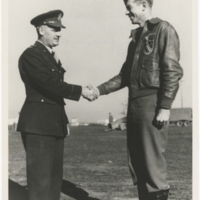 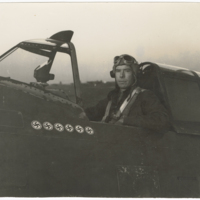 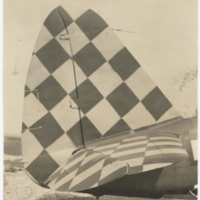 Photograph of the tail section of a Republic P-47D (F-47D) Thunderbolt aircraft, circa 1940s. The tail bears the checkerboard markings of the 325th Fighter Group, United States Army Air Forces. The aircraft could possibly belong to fighter ace Robert… 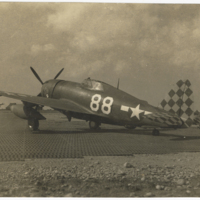 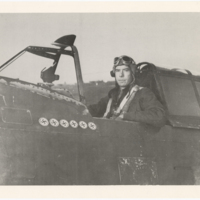 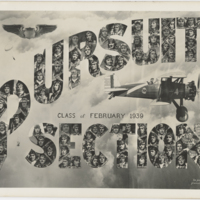 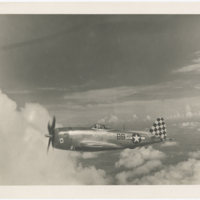 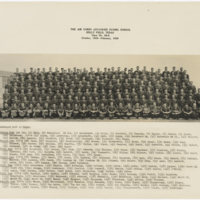 Photographic group portrait of members of Class 39-A at the U.S. Air Corps Advanced Flying School, Kelly Field, Texas, circa February 1939. The servicemen are identified by last name in the typed caption. Future fighter ace Robert L. Baseler is…
View all 31 items