The Arthur Nordhoff series of the collection consists of three black-and-white photographs of Arthur in uniform and with his military unit. Two of the three photographs have no annotations, but one is labeled "At M.I.T. 1916."

The James Dunnam series consists of a black-and-white photograph of James in uniform at his desk, his flight class yearbook, and diplomas for Army training courses he completed. Also filed in this series are items relating to Bellevue Airfield. There are two business cards citing Dunnam as president, a survey prepared for "A.A. Nordhoff," and one black-and-white aerial photograph.

The Nancy Nordhoff Dunnam series is the largest series in the collection and concerns her work as a WASP during World War II. It includes black-and-white and color photographs of Dunnam in uniform, posing with aircraft, and from the WASP Congressional Medal Ceremony. There are also official military paperwork, newspaper clippings, and a roster of women who served as WASPs. The roster includes Nancy's annotations (such as address changes for friends), and pieces of ephemera found loose in the roster include correspondence, an obituary, and more address changes. There are two short snorters that were removed from a wallet containing Nancy's ID cards. These short snorters belonged to her brother, Arthur E. Nordhoff, but have been left with the other wallet items to preserve context.

Guide to the Nordhoff and Dunnam Families Collection

Permission to publish material from the Nordhoff and Dunnam Families Collection must be obtained from The Museum of Flight Archives.

The Nordhoff and Dunnam Families Collection/The Museum of Flight 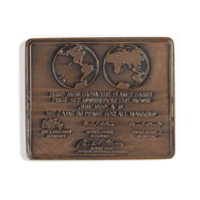 Apollo 11 replica moon landing plaque. Square bronze plaque. Earth and the Apollo 11 astronauts names written on the plaque along with quote. "Here men from the planet Earth first set foot upon the moon July 1969, AD. We came in peace for all… 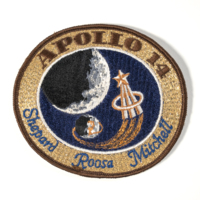 Apollo 14 patch. Names of the crewmembers written on the bottom, "Shepard, Roosa, Mitchell." Circular patch with blue background, ring of gold and brown outline. Earth and the Moon in the center with a star shooting from Earth towards the Moon. 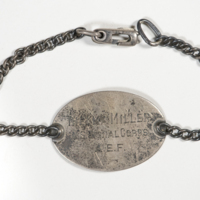 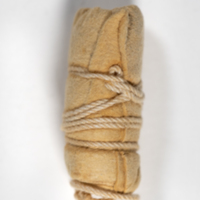 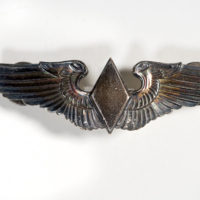 Silver WASP pilot wings. Pin in the shape of wings with diamond shape in the middle. Two pin backs on the back. 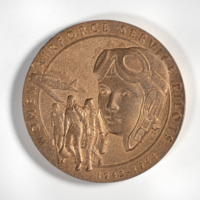 Gold WASP Congressional Medal of Honor in box. Circular gold medal with 4 women pilots, 3 walking and one in profile, and a plane on front. "Women Airforce Service Pilots 1942-1944" around edges. Back side of medal has raised relief image of 3… 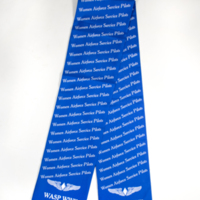 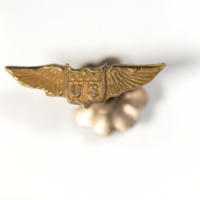 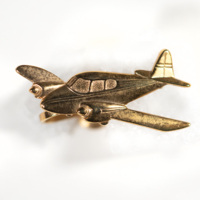 Gold cuff link in the shape of an airplane. 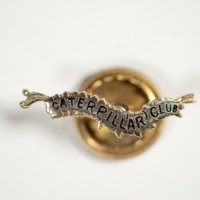 Small gold Caterpillar Club pin. Pin in the shape of a caterpillar with the pin back on the back.
View all 54 items