The Frank C. Leigh World War II Collection focuses on Leigh’s time with the U.S. Navy during World War II. The collection is arranged with the military-related items coming first, followed by personal items, and then general ephemera.

Military items in the collection include Leigh’s identity cards, military records, military publication The Eaglet with his personal annotations, and ephemera. The military ephemera includes menus, certificates, and a guide to aircraft landing signals. There are three oversize fabric maps produced by NACI. Two of the maps are double-sided navigational charts, one showing the Hawaiian, Palmyra, and Christmas Islands, and one showing Ellice and Gilbert Island. The third map is a current map for the Marshall Islands. All three undated and labeled as “restricted.”

There is a personal log book in the collection that Leigh used to track his travels and work assignments, but the log was not used in an official capacity. The newspaper clippings announce his enlistment and his engagement. The personal correspondence contains letters and telegrams sent to family members while Leigh was serving in the Navy. Non-military ephemera consists of napkins and advertisements for bars and restaurants.

Digitized Materials: The majority of this collection has been digitized. Items not digitized include copies of The Eaglet, the clippings, and some ephemera items.

Permission to publish material from the Frank C. Leigh World War II Collection must be obtained from The Museum of Flight Archives. 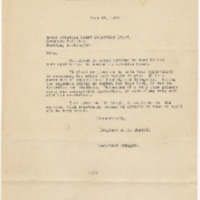 Items from Box One, Folder 4 of the Frank C. Leigh World War II Collection, circa 1942-1945. Folder contains documents such as memorandums, schedules, certificates, and correspondence related to Leigh's service with the United States Navy during…

Items from Box One, Folder 5 of the Frank C. Leigh World War II Collection, circa 1942-1945. Folder contains ephemera such as postcards, Christmas and Thanksgiving menus, certificates, landing signal instructions, and other items related to Leigh's… 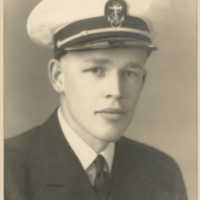 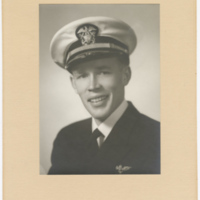 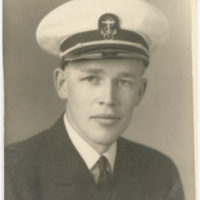 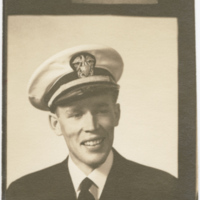 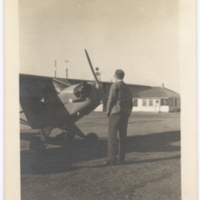 Photograph of Frank C. Leigh standing in front of an unidentified aircraft, circa 1940s. 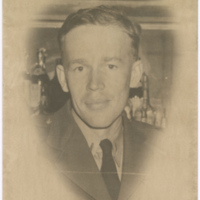 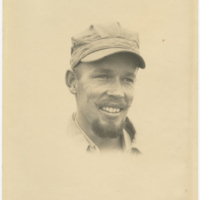 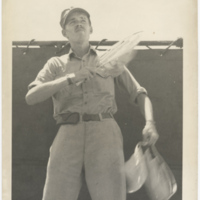