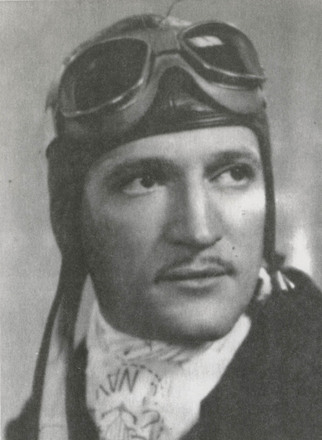 In this six-part oral history, fighter ace John Richard Rossi discusses his military service with the American Volunteer Group during World War II. In part one, he describes his training with the United States Navy and his early experiences with the AVG in the China-Burma-India Theater. Topics discussed include his training history, his efforts to join the AVG, and his deployment to Burma.

The interview is conducted by fellow fighter ace Eugene A. Valencia.

John Richard Rossi was born on April 19, 1915 in Placerville, California. After a tour with the Merchant Marine, he joined the United States Navy Reserve and graduated from flight training in 1940. The following year, Rossi resigned his commission in order to join the newly formed American Volunteer Group in Burma. He served with the AVG’s 1st Pursuit Squadron until the group disbanded in 1942, then joined the China National Aviation Corporation (CNAC) as a transport pilot. By the end of the war, he had flown over 700 trips across the “Hump” between India and China. Rossi remained in China after the end of World War II, flying for Civil Air Transport and the Central Aviation Transport Corporation. In 1948, he returned to the United States and joined the Flying Tiger Line. He also served as president of the American Volunteer Group/Flying Tigers Association. Rossi retired in 1973 and passed away in 2008.